Documentation from Blinc Digital Arts Festival in Conwy, Wales. UK. The King was part of a 20 minutes program that was screened on a mediaval Castle in the city Conwy in Wales.

The King was a commissioned piece. In the spirit of early 20th century animation Cecilia Westerberg has chosen to make a white line animation  on black background. A ghost looking like a King tries to get into,the castle by climbing up the wall. It fails and falls/slips down constantly.You see the King standing and looking up, making various attempts to climb up the castle wall.There is a paradox in that ghosts are said to be able to go through the wall and that this can not. Not being able to enter serves as a metaphor for ‘You can never go back in time, to the way things were.’ 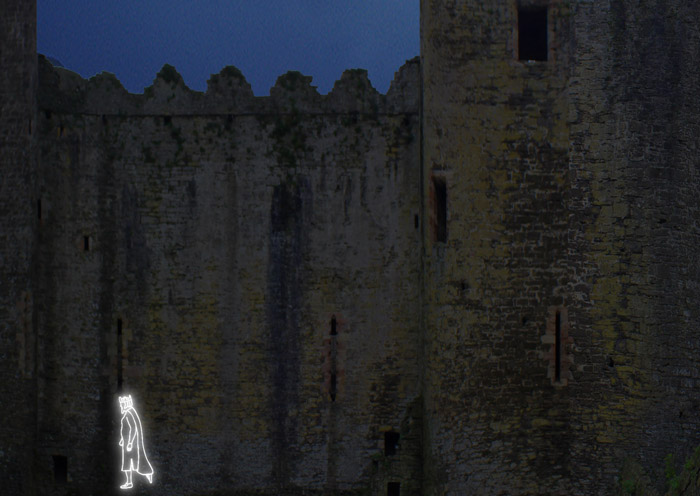 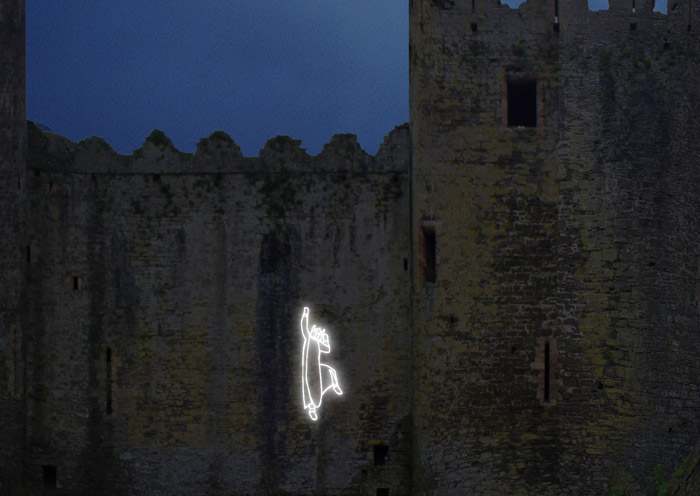 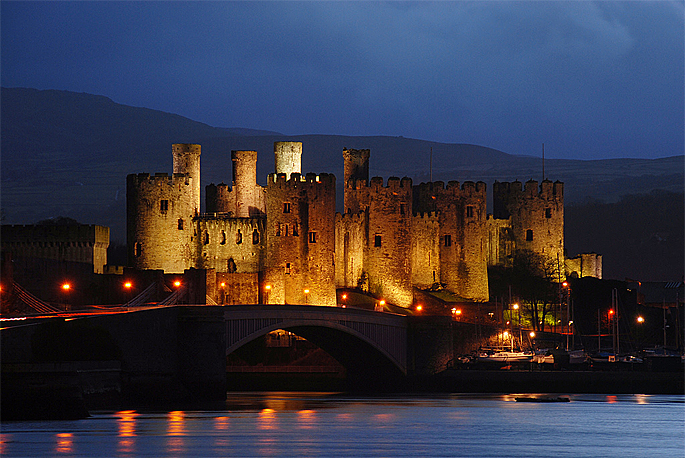